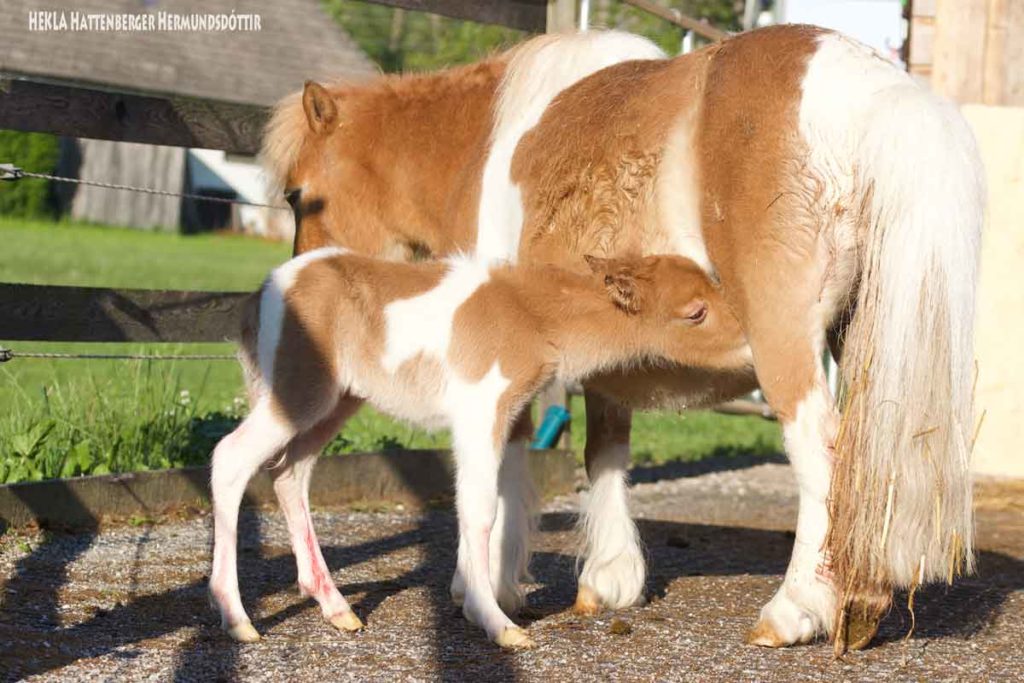 Miniature Shetland Ponies often have a harder time coming into the world than their larger counterparts. Fortunately, it is not always as dramatic as for Sunny and her mum!

Today I would like to tell you again about a particularly exciting birth experience, which – fortunately – only happens rarely. This time it is not about an Icelandic foal but a Shetland Pony. However, I think that what I had to experience at this birth is interesting for every owner of a mare who is looking forward to their foal and hopes that everything will go well.

Unfortunately, it is not always like that and the better you are informed about possible complications, the better you can react, at least that is my experience, which I would therefore like to share here. Sometimes minutes count for there to be a small chance that a foal will survive! Therefore, here is my report:

We were expecting a miniature shetland foal last year. It was Tinkerbell’s first foal and she took her time.

We monitored the mare around the clock with a camera so that nothing escaped our attention. Three weeks overdue, I came across a friend’s comment on Facebook one evening that she never wanted to breed with Shetland ponies again because they always had such difficult births. I was quite shocked and immediately started googling what could happen.

On the first page that opened, I found the words “red bag”. I had never heard that before! I briefly read through what it meant, but then I thought: Come on, don’t be ridiculous, nothing has ever happened in all these years, why now of all times? Nothing will go wrong…! But I had apparently stored the information in the back of my mind.

The following night, it was finally time to go. I was alone at home – without a car. Around two o’clock in the morning, the mare became restless, I jumped out of bed, quickly got into my Icelandic overall and off I went to the stable. – But no, not the direct way!

Who it was that whispered to me to run to the kitchen and grab a knife beforehand, I can’t tell you, it was probably the Icelandic elves.

When I arrived, the mare was already in heavy labour. I waited, but it still took an eternity without anything happening. But suddenly I could not believe my eyes: In front of me I saw in reality exactly what I had seen and read about on the internet the day before: the typical “red bag”, a red balloon, which was the first thing to appear and which closed the birth canal so that the foal would suffocate if it was not born in a few minutes!

I reacted as if in a trance: I flung the camera away and mechanically performed what I had seen on the video a few hours before: I reached for the knife and cut open the red balloon. Immediately the real amniotic sac came towards me, then the foal’s front feet and snout, which was already quite blue.

I then helped with every contraction to bring the foal into the world and after what felt like ten hours – in fact it was only 5 minutes – Sunny was born: a little mini Shetland foal filly. She was chirpy, only her mum and I were totally exhausted!

After everything was over, I tried to reach a vet, but at half past two in the night it was hopeless in my area…. I ended up calling the clinic in Vienna and they were really amazed that the foal had made it.

Tinkerbell still had a few problems getting up to let the little one drink, but after a few tries that worked out too.

On 16 May we celebrated little cheeky Sunny’s first birthday, together with her brave mum. 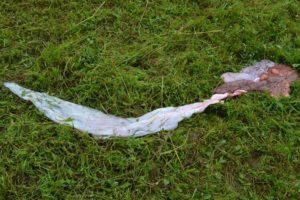 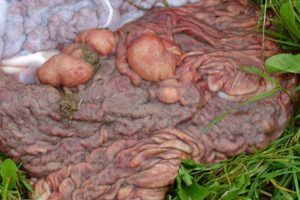 When the birth process is