The origin of the eight-legged horse Sleipnir 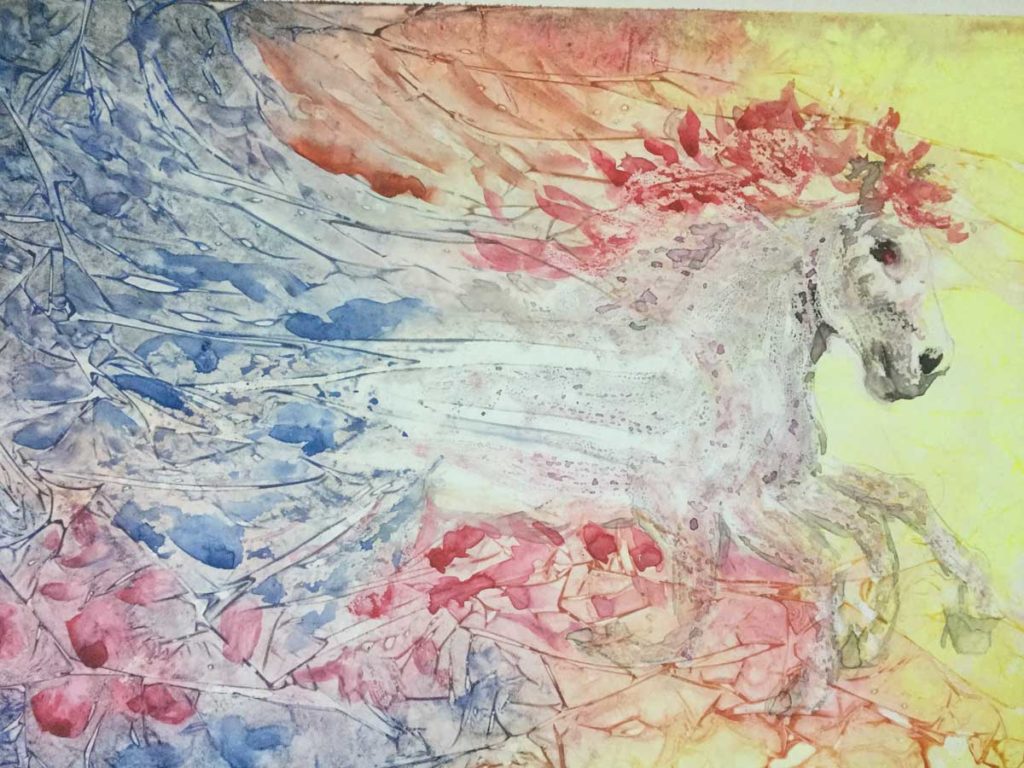 After the gods had created Miðgarður and built Valhöll, a carpenter appeared to them one day and proposed the following trade:
He promised to build a protective wall around Ásgarður, the residence of the gods, in a period of one year and six months. The residence would be so high and stable that the giants could not invade. As a reward, he demanded Freyja, the goddess of love and fertility, as a wife – and on top of that the sun and the moon.

After the gods had conferred, they agreed, but only on the condition that the protective wall would be completed within one winter and without the help of humans. If it was not finished by the beginning of summer, the contract would be invalid and the carpenter would have to leave empty-handed. The carpenter thought about it and finally asked for his horse Svaðilfari to help him with the work. Once again, the gods conferred and in the end, Loki* managed to convince them, and so they agreed.

On the first day of winter, the carpenter started his work. During the day, he lay bricks and at night he had his stallion bring in huge mountains of stones.

The gods were very surprised at the enormous quantities the horse could carry. Time passed and the wall grew and grew and finally reached a height that even a giant would probably not be able to overcome.

When only three days remained until the beginning of summer, the carpenter had almost finished his work. The gods became restless and wondered who was actually responsible for the fact that Freyja would now probably be given to a mean carpenter and that the sky would soon lose its beauty when the sun and moon stopped shining.

Loki was quickly identified as the culprit and the gods decided to kill him unless he could find a way to release them from their contract with the carpenter. They frightened poor Loki so much that he hurriedly promised to find a solution.

The very same evening, as Svaðilfari was bringing the last missing stones, a beautiful mare suddenly came trotting up from the forest and neighing cheeringly at the stallion. This did not miss its effect:

Svaðilfari stopped thinking about his work, broke free and galloped after the mare, who was running away towards the forest. The carpenter chased after them, and so all three ran all night.

The next day, Svaðilfari was exhausted from his adventure and so the work did not progress as it had done before. When the carpenter realized that he would not be finished by the deadline, he became furious. So the gods realized that he was actually a mountain giant who wanted to deceive the gods with his disguise.

They were therefore no longer bound to wait for the agreed deadline. They summoned Þór, the god of thunder, who came immediately and smashed the mountain giant’s skull with his hammer Mjölnir.

The mysterious mare had been none other than Loki, who had resorted to a ruse to save his life.

The combination of Svaðilfari and Loki resulted in a grey foal with eight legs: Sleipnir, the best horse in the world of men and gods.

SMILLA, the dog that disappeared
Read Story
Not only children’s dreams can come true!
Read Story
The origin of the eight-legged horse Sleipnir
Read Story
Performing Miracles
Read Story
What can happen when you try to break a horse’s will
Read Story
How to catch horses
Read Story