From the category arts und culture:

All entries from arts and culture »

Extract from: “A Dangerous Ride” by Jón Sveinsson. 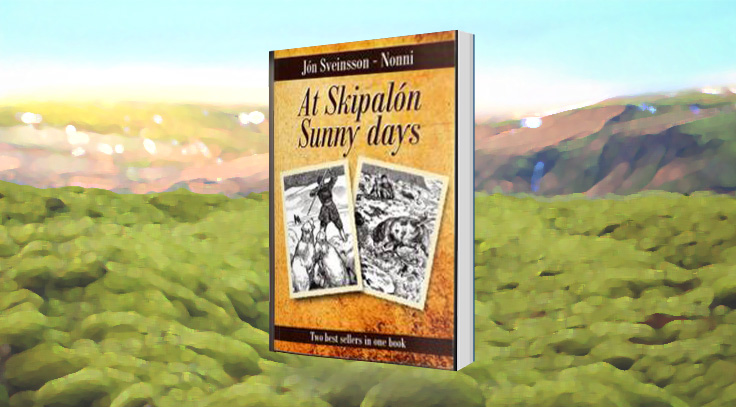 Nonni and Manni stroll through the vastness of nature, as they love to do. Today, they have planned to climb the highest mountain in the area. After they have already been on their way for quite a while, they notice how their legs are slowly getting heavy – and they still have a long way to go if they really want to make it to the top of the mountain. But then, Manni has an idea:

“I think we should find a saddle horse,” he said. “There are several horses in the meadow over there.”

I agreed, and we turned off towards the meadow. There stood a dozen young, strong ponies. Among them a few bay ponies. The bay ponies were considered the most fiery and beautiful in Iceland.

We looked at the splendid group for a moment and recognized them immediately. “They are the Judge’s ponies, Manni,” I said.

“Sure enough! Aren’t we lucky, Nonni, for the Judge said we could ride his ponies at any time.”

“Yes, that’s what he said, and now we shall make use of his permission.”

“Shouldn’t we take this one?” cried Manni, pointing to a small, handsome bay pony. “He looks so neat and lively.”

“He looks strong, too,” said Manni.

This noted pony stood somewhat apart from the rest and was grazing quietly by himself. Manni was right: he was unusually small and neat, but seemed very strong.

“Be careful, Manni, before he runs away.”

We walked around the ponies slowly and discreetly, until we stood on the side where the beautiful bay pony grazed

“Stay here,” I whispered to Manni, “while I go to the other side.” Then we began to whistle and draw slowly near him.

Manni, who was well acquainted with the art of seizing Iceland horses, nodded approvingly. Then I walked in a wide circle around the pony until I stood opposite to Manni. With outstretched arms, we drew near our unsuspecting prey. At the same time, we began to whistle, first very softly, then louder and louder, and always in the same tone.

Very soon the animal became aware of us, suddenly ceased grazing, lifted its head, looked now at Manni, now at me, and became restless. Would it take to flight? It made a few steps forward. We continued whistling, but much louder than before. It took effect.

The pony stood still, pricked up his ears, stared into the distance, and remained motionless. His entire body grew rigid. He seemed bewitched. We kept our eyes steadily upon him and whistled without ceasing. Then drawing nearer and nearer, we finally reached him and gently placed our hands upon his mane. He was caught.

Pulling a thin cord from my pocket, I spoke softly to the animal while pushing the rope between its large, white teeth, deep into his mouth. He offered no resistance, and thus I was able to fasten the end of my rope to the lower jaw. I was careful not to hurt the gentle pony. Thus my “bit” and “reign” were arranged. The Iceland horses are accustomed to this stratagem, for they are generally caught in this manner.

TELL US YOUR STORY

Did you experience a special moment with your horse, or did you already write a story about it? Share your story with us and become part of the HestaSaga community.

The Santa Clauses leave, the elves and fairies arrive
READ STORY
What can happen when you try to break a horse’s will
READ STORY
1. How it all began…
READ STORY
THE STORY OF TWO IDENTICAL HORSES
READ STORY
Horses open children’s souls
READ STORY
SMILLA, the dog that disappeared
READ STORY