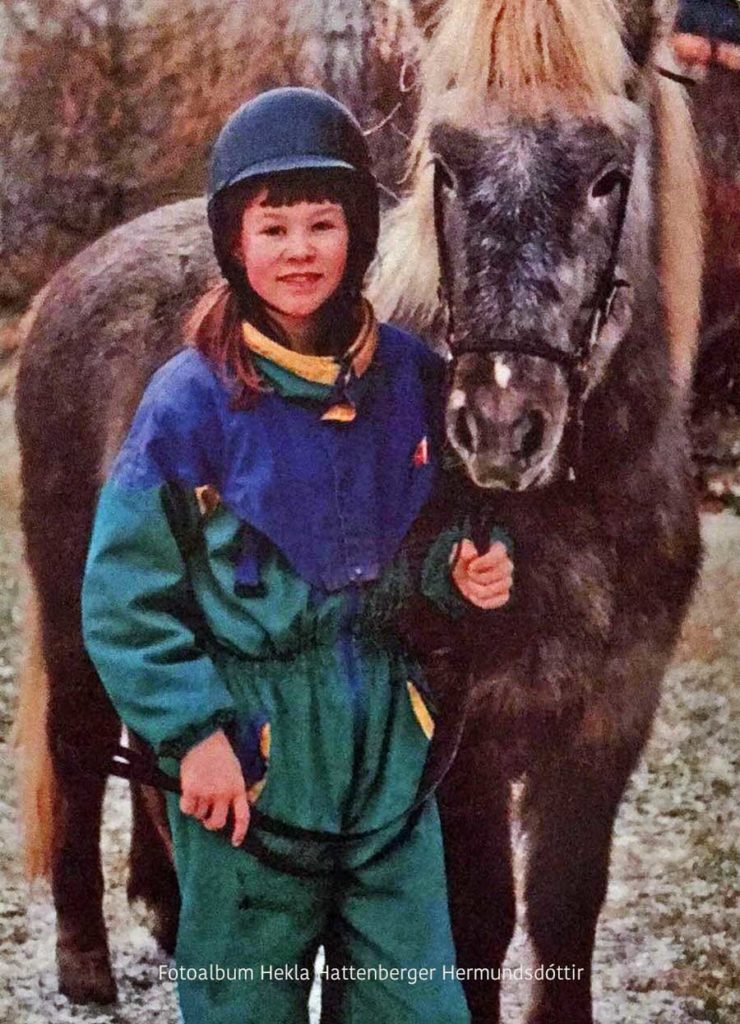 Unfortunately, with my very first horse, it did not come to a good end. Back then, I wished so much to make it with him!

When I got Rjómi as a present, I was still a child. He was a difficult horse, but for me, he was unique. When I first met him, he belonged to a neighbour in Iceland. I helped her for a while as a stable girl. At that time, I was at her stable every day after school, cleaned the stable and moved the horses until it got dark. I learned a lot from her.

The horses from her breeding were big and heavy built, because she was a very strong, masculine woman. So they could carry her and her husband through the Icelandic highlands without any problems, because for this work they were mainly used, for mountain tours and sheep drives.

But not all of their horses were easy. Especially one beautiful broodmare always had difficult offspring. One of her daughters was called Bára, she once bit off my fringe because she thought my hair was straw..

But I can’t blame her, they really did look like straw at the time. Bára was difficult to ride, because she regularly “parked”- she didn’t want to go on. But with her, the problem could be handled – quite different than with her brother.

This one was called Rjómi. That means “cream”, because he was with wind-coloured and beautiful. I liked Rjómi very much, he was friendly and sweet, five years old at that time and in the stable to start his training as a riding horse. In the evenings, my friends and I often sat on the horses that were in their boxes and drank hot chocolate on their backs.

We enjoyed the warmth that emanated from them and loved to watch them eat. The fact that most of the horses were not broken in did not bother us, there was not much they could do in the box – and they never tried!!

Rjómi turned out to be the most difficult offspring of this mare. Without a rider, he was the dearest horse on earth, and no volcanic eruption would have made him move from the spot.

But that was exactly his problem. It was not possible to ride him away from the stable or even just to ride him forward! He rammed his legs into the ground and didn’t even look angry. He just did not want to leave and probably just wanted to keep on cuddling.

Of course, the owner did not want to let this behaviour pass and tried with all means to motivate him to walk. As a hand horse or in a group he went along, but always stopped like rooted to the ground after a few steps and did not let money and good words motivate him to go on, so that one had to turn around.

Finally, the woman who had been working with prudence until then, lost her patience. Now she wanted to make the horse run by force. That was in 1998, but I still remember exactly what happened then and will never forget it..

It was already dark when three men and another woman came into the stable. They grabbed Rjómi, saddled him and dragged him outside. All the inhabitants of the horse village stood in front of their stables and watched with wide eyes. A car was ready.

The owner of the stable climbed on Rjómi and two other people jumped on their horses and rode off. Rjómi, completely overwhelmed by the situation, took a few steps at first, but then stopped, as usual – and now a terrible spectacle began:

The car drove behind Rjómi, the driver started honking like crazy and pushed the horse forward, another person on foot additionally drove him with crop and whip. It was a wild commotion, a terrible shouting and loud honking. And in the middle of it all stood Rjómi, staring in terror!

All this cruel action achieved was to move the poor animal to the exit of the horse village. There, he rose in desperation, and when he could not shake off his rider, he rolled over with her twice. From that moment on, I could not watch any more, I ran home in panic and cried out to my mother.

When I came into the stable the next day anxious about what to expect, Rjómi stood in his box, he was calm as usual and greeted me with his muzzle as usual.

Thank God, the owner of the stable was unharmed and approached me quite meekly, took me aside and said “I give up, I give you Rjomi. He’s not good for anything, really, but I can’t slaughter him either, I can’t bring myself to do it.

Now, Rjómi was my horse – and my first own horse was immediately a problem horse! But I did not care! But I have to admit that I didn’t get much further with him either.

But I loved him anyway, didn’t ask much of him and only covered small distances with him, for example to our garden, where he liked to graze. We simply loved each other very much, that was all that mattered – and he never hurt me!

But unfortunately his traumatic experience that evening had broken him somehow, because other people could no longer approach him without danger.

He tried to kick and bite them, he even attacked children! He only let my mother, my friend and me anywhere near him. Rjómi had become a danger to everyone else who had to deal with him.

When I was eleven years old, I was still too young to take responsibility for an unpredictable horse, and so he was finally taken to the butcher. That was a terrible blow for me!

Still today, after such a long time, I think about him again and again and then the emotions still overwhelm me.

I also wonder if I could ride him today with my greater knowledge – but what can a twelve year old child do?

Because after him, I was always fascinated by horses that had a longer story to tell and, therefore, had a difficult relationship with humans.

I was able to help many of them, unlike my Rjómi, and so his destiny got a meaning – and for me he lives on somehow! 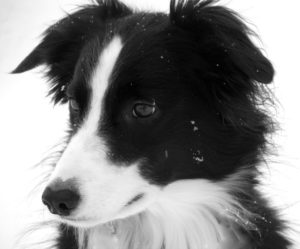 When I first met Smilla,

SMILLA, the dog that disappeared
Read Story
Not only children’s dreams can come true!
Read Story
The origin of the eight-legged horse Sleipnir
Read Story
Performing Miracles
Read Story
What can happen when you try to break a horse’s will
Read Story
How to catch horses
Read Story