The unfortunate fate of Jarpskjóni 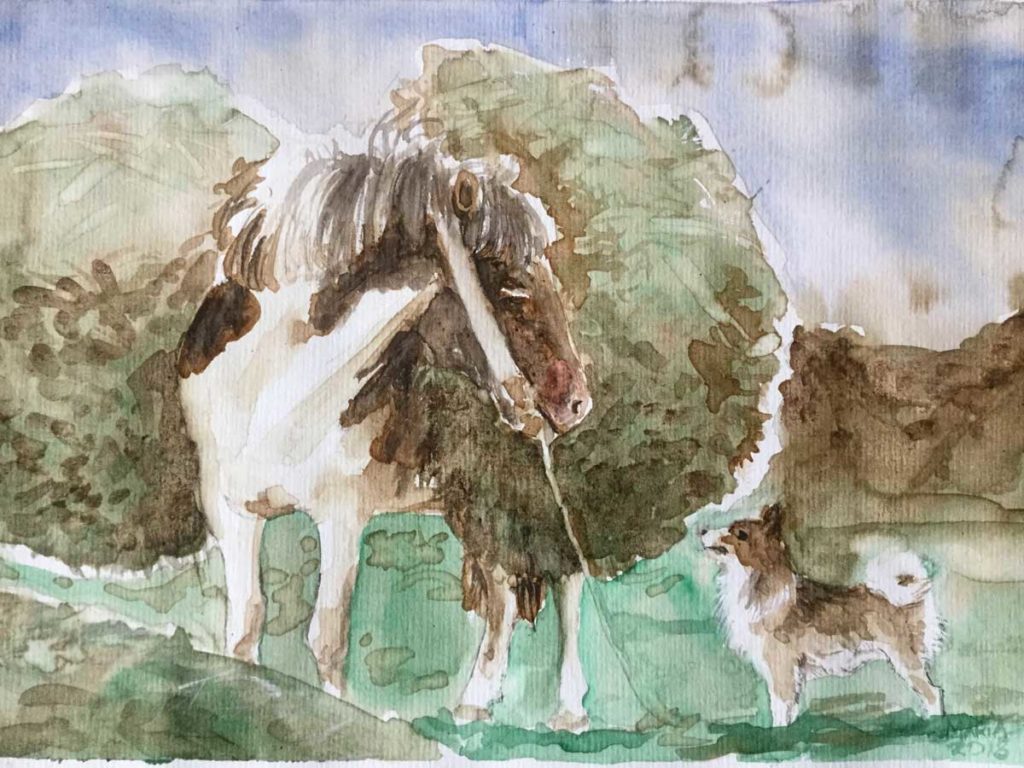 It can be taken from many writings from former times that the Icelanders were tough on their workhorses. Often, they dealt ruthlessly with them. The fact that sweeping judgements do not always meet reality is shown in the following report from 1889.

Usually, people love their riding horses more than their workhorses. That is understandable, as riding horses are the root of many happy moments for their owners. Sometimes, the riding horses even carry them through almost impassable terrains.

However, it also happens that people value their workhorses as much as their riding horses. Long time ago, I owned a brown pinto with the name Jarpskjóni. When I bought him, he was four years old. He stayed with me until he was sixteen.

Jarpskjóni had an average intelligence and a good character. He was patient, well-behaved and very loyal. I knew that I owed a lot to him. This is why I never lend him to anyone and I never gave him to strangers during the winters.

One time, my employees charged him with an excessive load for a stretch over a mountain. But he even took home this load with ease and arrived as happy as always back at the stable.

He was never reluctant, not even when kids senselessly pulled him around. He never tried to escape, he always stayed where he was left. Shortly said, the 12 years I owned him, he never did any harm to anybody.

There are certainly not many people of whom one could claim the same. I promised Jarpskjóni that only death could do us part.

When my life situation changed and I had to travel a lot, I decided to sell my stable in an auction. Jarpskjóni was sixteen at that time. He had good teeth and looked very fit – he was in the prime of his life.

Therefore, I neither wanted to kill him nor sell him. I decided to let him retire and live a good life without work in the following years. It was my gratitude for his long and loyal service.

In the summer, he was supposed to be free with the herd on the highlands. In the winter I wanted to find a place with friends for him.

I was abroad when the auction took place. For some incomprehensible reason, Jarpskjóni was also sold during the auction.

As soon as I was back in Iceland and heard about this, I went to the chairman of the local council in order to find out who had bought the horse. I learned that Jarpskjóni had been sold to Eyjafjörður which is in the north of Iceland.

I immediately sent someone there to buy him back. A couple of days later, however, I got the notice via telegram that the horse was already resold to someone from Easticeland. All of this happend within one month. I tried to find Jarpskjóni many times, but I never found him. Should this be Jarpskjóni’s reward for his faithful service- that he constantly had to change hands? Although this was neither planned nor wanted by me, I consider Jarpskjóni’s fate as one of the saddest events in my life and deeply regret that it happened.

I often wondered how thoughtless, cold and ungrateful, maybe even malicious, people can be when they sell their riding horses. Horses that carried them for years, gave them joy on their rides, and sometimes maybe even saved their lives.

This is a shameful reward for their long-lasting services. Most people are aware of how old horses are treated in the horse trade. They are left to work even though they are lame or injured, because, as the saying goes, they say they should walk to their bones.

The story was translated as accurately as possible from Icelandic in order to keep its original character. 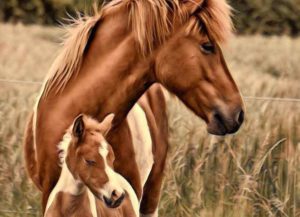